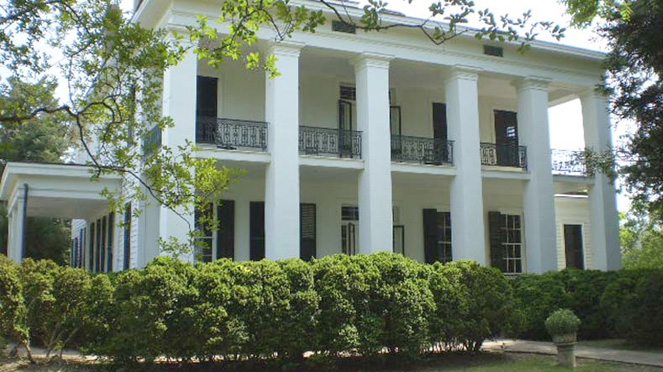 Lyon Hall and other accomplishments of the George G. Lyon family were results of Mr. Lyon’s success as an attorney and local planter, as well as the mass fortune of Ann G. Lyon’s father, Allen Glover.

As the house was being built, Mr. and Mrs. Lyon traveled to New York to purchase furniture for their residence. Many pieces of this original empire furniture can still be seen throughout the home today.

George Lamar was the son of Helen Rembert Lamar and the grandson of Susan Lyon, 3rd daughter of Anne Glover Lyon. Several years prior to George Lamar’s death, Albert Tibbs and Gene Tibbs Braun, (grandchildren of George’s great
aunt, Rosa Lyon), deeded their 1/3 interest in Lyon Hall to the Marengo County Historical Society. At the time of his death, George G. Lamar bequeathed the remaining 2/3 interest in the home to his first cousin, Helen Herbert Nation and named Mrs. Nation executor of his estate. According to Mr. Lamar’s wishes, his estate was to be used for the restoration of Lyon Hall, under the guidance of Helen Nation.

Mrs. Helen Nation was born in Lyon Hall as the daughter of Rosa Rembert Herbert and the grand daughter of Susan Lyon, and she lived in the home until the age of 12. In May of 1997 Helen Nation donated her 2/3 interest in Lyon Hall to the Marengo County Historical Society, giving them full ownership of the property. Funds from Mr. Lamar’s estate were made available to begin restoration on the home and the MCHS went to work.

Communicating closely with Helen Nation, Brian Brooker, preservation architect, and several volunteers worked behind the scenes to sort through every article found in the home. Early in the process, it was determined that an initial sort of four categories would be performed: Documents, Textiles, Housewares, and Furniture. Separate rooms on the second floor were dedicated as temporary workrooms to house items in each category. Once the initial sorting of contents was complete, more detailed cataloging and accession of each item could begin.

Numerous photographs and negatives found in the house, as well as the incredible memory of Helen Nation, were instrumental in documenting many original aspects of the property such as the picket fence, the well house, the original east porch, the original furnishings, photographs, etc.

Unfortunately, Mrs. Nation passed away in 1999, but restoration work continued with the support of Elizabeth Herbert and Jule Herbert, neice and nephew of Mrs. Nation.

The Society was able to utilize the assistance of individuals from the State Cattle Ranch in Greensboro for work on the grounds. Without these individuals, the grounds of Lyon Hall would not have reached the state of restoration seen today. MCHS volunteers transported workers to and from the cattle ranch each day for more than a year. When the house was initially given to the Historical Society, the grounds were completely overgrown. The existing beds were unearthed and many of the plants were rediscovered. For the efforts of these volunteers we are all eternally grateful.

The restoration of Lyon Hall has been, and must continue to be, a community effort. Lyon Hall is open to the public as a house museum and reception hall. Total preservation costs will actually exceed the money presently available, and continued maintenance is an issue of financial concern. The Marengo County Historical Society must continue to rely on its generous members and volunteers to support its preservation efforts such as Lyon Hall.

In memory of her aunt, Annie Gaines Lyon, Helen Nation created The LYON HALL CHARITABLE FOUNDATION. The purpose of this foundation is to ensure the continued restoration of Lyon Hall and its presence in the Demopolis community for generations to come. All gifts to the foundation are tax deductible and support will be welcomed. Please contact the Marengo County Historical Society if you would like to make a contribution to this important cause. 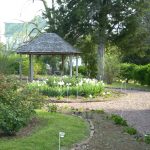 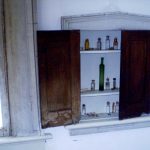 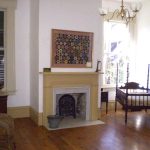 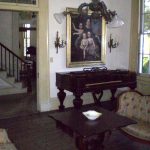 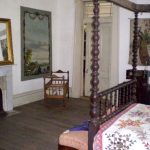 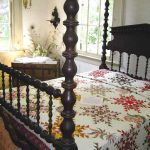 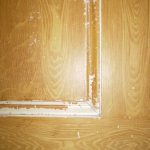 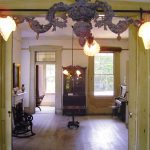 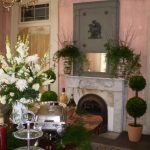 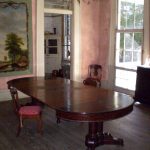