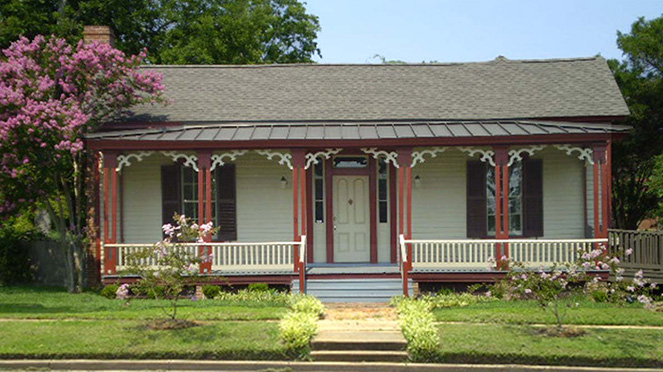 Laird Cottage, c. 1870, serves as headquarters of the Marengo County Historical Society, Inc. and home of the Geneva Mercer Museum.

Dr. Walter Marcellus Laird, b. 1878, a dentist and a Kentucky native, married Dora Mercer, b.1881, of Jefferson, Alabama. The couple purchased the cottage and the property (once known as the Wheeler property) from the Foscue family on November 7, 1914.

The south open porch of the house was enclosed, (date unknown), and a bathroom, sitting room, and kitchen were installed, freeing the kitchen on the northwest corner for use as a bedroom.

Dr. Laird died suddenly and quietly on Easter Sunday, March 30, 1918, less than a year after the birth of Elizabeth, his third child.

Miss Dora, a widow with three children, began a career at Commercial National Bank, where she remained until her retirement. She was a highly respected lady in the community.

Walter Mercer Laird, the only son, was born in 1911; he was a very handsome Demopolis High School football star. He served in WWII as a First Sgt. Q.M., Depot Co. Walter died in Demopolis in 1960.

Dorothy moved to Washington, D.C. following graduation from Demopolis High School. She moved home after her marriage to a Frenchman ended in divorce. Dorothy died on October 24, 1989.

Elizabeth Laird, a fine athlete who excelled in swimming, tennis, and golf, graduated from D.H.S. in 1936. Libby was a career woman and spent most of her years working as a Federal employee in Montgomery. She retired to the family home in Demopolis to be with her aging mother and Dorothy.

Libby was an active member of Trinity Episcopal Church, the Friends of the Library, and the Marengo County Historical Society. Laird Cottage was bequeathed by her to MCHS at the time of her death, October 19, 1993.

Geneva Mercer, a native of Jefferson, Alabama, and a sister to Dora Mercer Laird, was one of Alabama’s most notable artists, and she is one of the few to achieve national and international acclaim. Born on January 27, 1889, Geneva Mercer is also the first Alabama artist to have all of her works documented by the Smithsonian Institution.

Miss Mercer, who was born in Jefferson, Alabama, showed talent as a sculptor at a very early age. Although she took art lessons as a child, it was not until she enrolled at the State Normal School (formerly Livingston University, now the University of West Alabama) in Livingston, Alabama. There, she received the encouragement and guidance that led her to study art professionally. The school’s president, Miss Julia Tutwiler, recognized the young girl’s talent and arranged an apprenticeship for her with Giuseppe Moretti. Moretti was the famed sculptor whom the Tutwiler family had commissioned to cast a bust of Henry Tutwiler for the University of Virginia. The famed Moretti had supervised the casting of Vulcan, the iron sculpture that towers over Birmingham and serves as the city’s mascot.

When Miss Mercer completed her apprenticeship with Moretti, she remained with him as his assistant until his death in the late 1930’s. Since much of Miss Mercer’s work during her years with Moretti was done under his name, separating the achievements of Moretti from those of Miss Mercer is difficult. She was so much a part of the Moretti studio that she continued to operate it until after the death of Mrs. Moretti.

Although Miss Mercer worked many years outside Alabama, public buildings in the state house contain many of her works. In the early 1930’s, the State of Alabama commissioned her to cast the Julia Tutwiler Memorial tablet for the Department of Archives and History. She also sculpted Tutwiler memorials for several universities and colleges in Alabama, including the University of Alabama and the University of Montevallo. The Montgomery Museum of Art displays her Flimp Fountain. Outside the state, Miss Mercer, individually and in cooperation with Moretti, executed works for some of the most prominent and influential families, organizations, corporations, and agencies in America.

In her later years, Miss Mercer returned to Demopolis, Alabama, and lived out her final days in the white house located next to her niece, Libby. In the house next to Laird Cottage she painted and wrote verse. Sculpture, however, was always her main vocation, and it is in that art that she made her greatest and most lasting contribution. 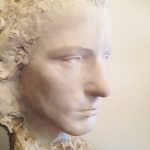 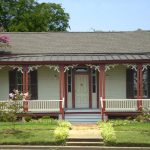 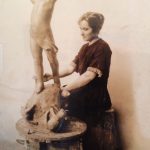 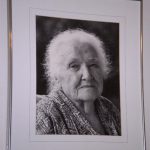 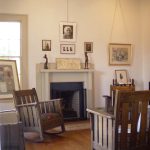 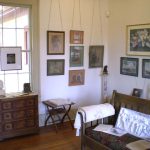 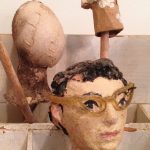 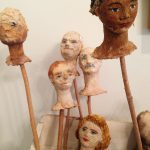